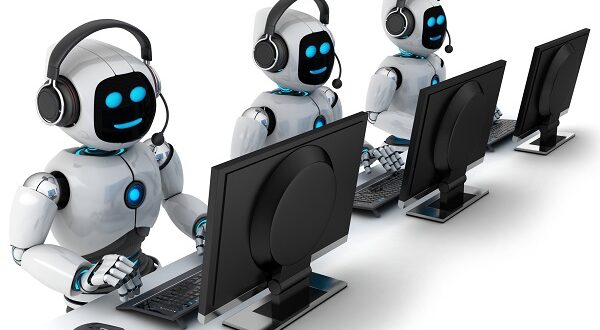 Robots with headphones (done in 3d)

SEATTLE – Robocalls aren’t just annoying – some are actually illegal. As of Tuesday, there’s a new way for Washingtonians to report them.

Certain types of robocalls – phone calls that come from an automated system and play a recorded message – are legal.

According to the attorney general’s office, political calls about candidates, charities asking for donations or informational messages like ones for a flight or a school closure are allowed without permission.

But the illegal robocalls can be irritating, or worse, scams to steal your identity or money.

Before this form was launched, Washingtonians could report suspicious calls through the Attorney General’s Office general consumer complaint form.

“Many of our cases are based on tips we receive from Washingtonians. If robocalls are harassing you, please file a complaint with my office,” Ferguson said in a statement.

Ferguson’s office said it has resources to track suspected illegal robocallers once people report a call and provide their own number, provider and exact time and date of the call, even when the caller identification is fake.

In the past two years, Ferguson has filed three lawsuits dealing with illegal robocalls.

In March 2021, a lawsuit filed by several attorneys general and the FTC resulted in two companies that made 1.7 million robocalls into Washington paying $495,000 to legitimate charities. In August 2020, a King County Superior Court judge ordered Vancouver-based air duct cleaning companies and their owner pay $10 million in civil penalties after the companies made more than 13 million robocalls within a two year period.

Phone scams and other illegal telemarketing calls can still be reported with the general consumer complaint form, available at: atg.wa.gov/file-complaint

Complaints can also be made to the U.S. Federal Trade Commission, which received more than 6,000 complaints of phone solicitations from Washington residents in February, according to Ferguson’s office.

To reduce the number of robocalls you receive, you can add your number to the national “do not call” registry at donotcall.gov.

In addition to creating the new form, the attorney general’s office also shared information about robocalls and telemarketing scams, as well as tips to combat them at atg.wa.gov/robocall-and-telemarketing-scams.

Share
Previous Fraudsters use plastic card scam to target people on Medicare
Next The Spring 2022 newsletter is available!