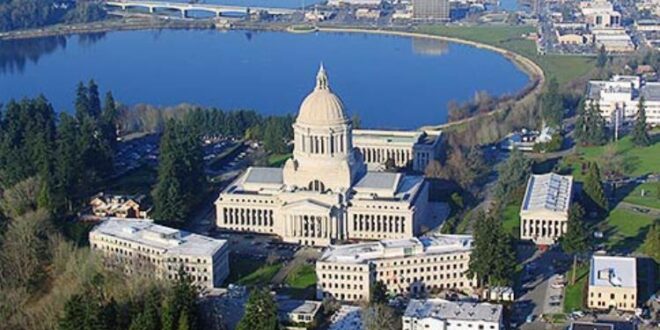 The 2022 60-day Legislative Session concluded on time on March 10th. For the second year of the pandemic, the legislature conducted its business mostly remotely.

With Democratic majorities in both chambers, the legislature passed the 2022 supplemental operating budget totally $64.1 billion in state general funds and $130.9 billion in total funds for the 2021-23 biennium, including more than $1 billion in remaining federal coronavirus aid, an overall increase of roughly $5 billion from the budget lawmakers approved last April. The 8% spending increase is paid for largely from existing tax collections which are predicted to come in much higher than previously projected.  The 2022 Supplemental Operating Budget Highlights includes a list of major investments beginning on page 3. The legislature passed a rare even-numbered year transportation package totally $17 billion over the next 16 years. More information on the Move Ahead Washington package can be found here.

The 2022 legislative session began with much focus on the state’s long-term care services and programs, including amending a section of the state’s long term care insurance program passed in 2019, the WA Cares Fund. Governor Inslee signed HB 1732 and HB 1733 in January, a day after the Senate passed them. The new laws delay the WA Cares payroll tax collection until July 2023, expand the number of people who can seek permanent exemptions, and allow long-term care benefits to be more accessible to individuals who are closer to retirement.

Click here for other major pieces of legislation that did and not pass in 2022.

Throughout the 2021 interim, hundreds of RPEC members mobilized and made their voices heard at Select Committee on Pension Policy (SCPP) monthly meetings in support of a permanent COLA. In November, the SCPP voted against advancing a permanent COLA proposal citing fiscal concerns. Instead, the SCPP recommended to the legislature a one-time 3% COLA capped at $110/month (or $44,000/year). SCPP Chair Senator Steve Conway (D-Tacoma, LD 29) was the prime sponsor of this SCPP-request legislation (SB 5676) and SCPP Vice-Chair Rep. Drew Stokesbary (R-Auburn, LD 31) was the prime sponsor of the companion bill (HB 1721). Senator Sam Hunt (D-Olympia, LD 22) introduced a bill to provide a permanent 3% COLA (SB 5698) but it was not given a hearing.

The SCPP-request COLA legislation moved through the legislature swiftly and SB 5676 passed unanimously in all committees and in both chambers.  On March 7th, 2022 Governor Inslee signed the bill into law, marking the largest Plan 1 COLA since the Uniform COLA was repealed over a decade ago. The bill takes effect July 1st of this year.

This significant accomplishment is thanks to the persistent, year-round advocacy by RPEC members across the state and the dedicated board and staff that serve the organization.

The final operating budget maintains the $183 monthly subsidy rate for the PEBB Medicare-benefit.

The operating budget fully funded the employer contributions to the pension systems.

RPEC-Supported Bills Passed by the Legislature

Of the 36 RPEC-supported bills (including many duplicate companion bills, Plan 1 COLA, Operating Budget), the legislature passed 11, including:

* = Delivered to the Governor (Governor action pending as of March 17th)

*HB 1646 (Rep. Jessica Bateman, D-Olympia, LD 22: Dementia action collaborative – Continues and codifies the Dementia Action Collaborative to assess the current and future impact of Alzheimer’s disease and other dementias on Washington residents and to update the Washington State Alzheimer’s Plan

*HB 1669 (Rep. Drew Stokesbary, R-Auburn, LD 31): PSERS disability benefits – SCPP-Request legislation creates a disability benefit for members of the Public Safety Employees’ Retirement System (PSERS) totally disabled in the line of duty, with a benefit of up to 70 percent of final average salary.

A look ahead at 2022 Elections

The long list of candidates for the state legislature grows daily ahead of the May 20, 2022 filing deadline. 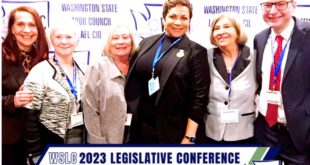