The House Appropriations Committee passed PSHB 1067 (operating budget proposal). The House budget proposal, which includes a two year stepped restoration of the PEBB Medicare subsidy from $150 to $183, has progressed to the Rules committee on its way to a floor vote. While we are disappointed that the house budget did not include the Plan 1 COLA outlined in HB 1484, the PEBB restoration is a huge step forward. We testified in strong support of the house budget and thanked the budget writers for including the PEBB restoration. Today, the house passed their budget off the floor (in the form of a striking amendment to the senate budget ESSB 5048, standard procedure) on a party line vote (50-48). The budget proposal now moves onto the Senate.  We need to continue our efforts to ensure the PEBB Medicare subsidy is included in the final budget.

Thank you to everyone who made calls to the Representatives supporting the House budget proposal with the PEBB Medicare subsidy restoration. Video of RPEC member testimony is available on our website and on our Facebook page.

Although the House GOP proposed American Health Care Act was pulled just moments before a floor vote last Friday, the issue hasn’t gone away.  RPEC was seriously concerned about the impact of this legislation on seniors, especially those covered through Medicare.

There are rumors that another ACA repeal & replacement bill may be in the works.  When it surfaces, we will let all members know to again start calling their members of Congress.

There are also rumors swirling of backdoor attempts to sabotage the current law, ACA (Obamacare).  Senator Patty Murray stated just this morning that she would be working to protect the health care that is currently in place.  Read more here.

Meanwhile, there are also efforts to introduce legislation that creates a single-payer health system, or “Medicare for All” although considering the current climate in Congress, it is not expected that much would happen.

From the Alliance for Retired Americans – The agreement that sets current federal spending levels will expire at the end of April.  The White House is proposing increases to military spending and begin construction on the Southern Border Wall, and serious cuts to domestic programs including those benefiting seniors equaling $18 billion.

Some of the reductions include:

U.S. Senators by a 50-49 margin approved the House-passed resolution, which rolls back a rule that allows states to create retirement plans for private-sector workers whose employers do not offer their own retirement plans.

RPEC Executive Director Maria Britton-Sipe said “It is absolutely absurd for McConnell to state that those rules undermine the private system, considering that almost 50% of Americans 55-64 have no retirement account.  Congress should be helping provide access to the millions of Americans who deserve a decent retirement, not protecting the profits of the financial industry!” Read more here. 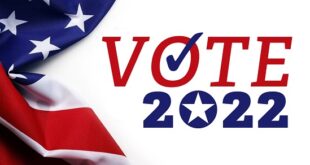