The revenue forecast is slated to be released next week on Wednesday, March 16th. We anticipate the Senate will release its budget on Monday, March 20th and hold a hearing shortly thereafter.

We will be having a Call-In Day next Wednesday, March 15th. Please call all three of your state legislators and ask them to include the PEBB Medicare subsidy restoration from $150 to $182.50 and a Plan 1 COLA in the budget.

Over 200 Retirees Visit Washington State Legislators at the Capitol

OLYMPIA – On Wednesday, March 8th, over two hundred public sector retirees descended on the Capitol in Olympia to bring attention of the need to restore retiree benefits that the legislature cut during difficult financial times.

The number attending has doubled from last year because the financial pressures on retirees are mounting with the rising costs due to inflation, increasing health care costs and an overall loss of purchasing power due to the lack of cost of living adjustments.

Members of the Retired Public Employees Council of Washington (RPEC) and the Washington Education Association – Retired (WEA-Retired) met with their legislators to discuss issues affecting them – primarily the loss of the PERS/TRS Plan 1 Cost Of Living Adjustment, which the legislature took away in 2010. Out of the 18 public pension plans in Washington State, only two have no COLA protection for retirees to protect their standard of living from being continually eroded by inflation – PERS 1 and TRS 1.  They also addressed the Medicare premium subsidy of those insured under the Public Employees Benefits Board, which the legislature reduced from $182.50 to $150. To many retirees, that $32.50 reduction in their Medicare subsidy can mean the difference between affording much needed medications or paying bills.

Legislators heard the loud voice of their senior constituents, whose political power continues to grow as their population increases and they continue to vote in high numbers.  While they have retired, they are still a vital part of their local communities and economies. Many of the retirees are extremely active in local politics and are well known by their legislators. Local RPEC chapters routinely invite legislators to their monthly meetings to discuss issues affecting public sector retirees.

RPEC Acting President Brenda Williams said, “It is amazing the power we have when we work in partnership with others. RPEC and WEA-Retired came together for a legislative day to address our common interests. In Washington State our elected officials continue to say the lawsuit regarding education overshadows the budget. When RPEC and the Washington Education Association Retirees came together we were able to show the legislators that we will not be divided. We demanded that they address the real issues facing our retirees and these issues cannot wait. COLA’s, pensions and healthcare are real concerns for our retirees and have devastating effects that are not going away. Each time a new fee or tax is imposed our retirees have to choose between medication, food, transportation or heat. When the legislators think reducing the Public Employees Benefits Board Medicare reimbursement is a good idea to save money it drastically affects our most vulnerable retirees. When they fail to address the cost of living for our retirees it is just wrong.  I am excited to see the results of RPEC and WEA-Retired working together for retirees.”

Beginning this Saturday, March 11th, legislators will be hosting town halls across Washington. They’re coming home from Olympia for one reason: to hear from you. Please attend the town hall in your area to let your senator and representatives know where you stand. Ask them to include the PEBB Medicare subsidy increase from $150 to $182.50 and a Plan 1 COLA in the budget.

After a busy week of floor action that ended with Wednesday’s cutoff deadline for policy bills, this Saturday, March 11th is the busiest day for these community forums. The focus is expected to return to the 2017 legislative session’s biggest priority: the state budget. 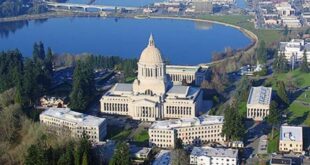 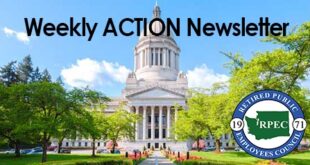