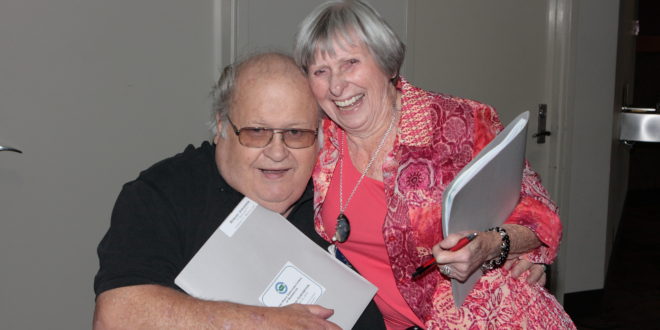 It is with heavy hearts that we announce that former RPEC president Howard “Jorgie” Jorgenson passed away on May 2nd at approximately 4:45pm surrounded by family. He was 76 years old.

Howard served as Washington Federation of State Employees (WFSE) president from 1972 until his retirement in 1997. Howard joined RPEC in 1999 and by 2002 was on the Executive Board as the Eastern Washington Vice-President. The Western and Eastern VP roles were combined in 2004 and Howard continued to serve as vice-president until he became president in 2009 and served until he stepped down in early 2013 due to health issues.

RPEC President Mike Watson reminisced, “I had the privilege of serving as Vice President for 12 years of Howard’s tenure as WFSE President.  He was a friend, a mentor and a true leader.  He devoted his life to improving the lives of public sector workers and retirees.  His presence will be sorely missed.” Howard was presented the President’s Award at the 2013 RPEC Annual Convention in recognition of his dedicated and valued service to RPEC.

The WFSE website featured a detailed history of his extensive union work which you can read here.

Our thoughts and prayers go out to his wife and family. Jorgie, you will be greatly missed.

Details are not yet available regarding services for Howard.

A steady stream of tributes about Howard Jorgenson are pouring in to the WFSE website. Read them here: http://wfse.org/tributes-for-jorgie-50316/