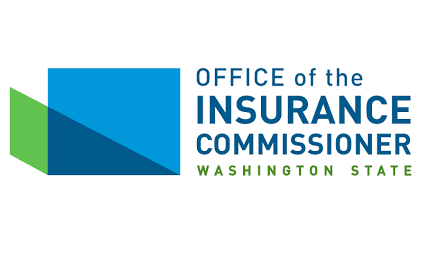 Currently, no insurer has filed plans in two counties – Klickitat and Grays Harbor.

As of March 2017, 1,119 people in Klickitat County and 2,227 in Grays Harbor County were enrolled in the individual market.

Under current state law, if no health insurer is available in a particular county, the only coverage option is through Washington state’s high-risk pool, WSHIP. However, because WSHIP is not a qualified Exchange insurer, subsidies would not be available.

“I will be reaching out to our health insurers this week to strongly encourage them to reconsider their participation in the two counties that have no options for 2018,” said Insurance Commissioner Mike Kreidler. “After that, I will look for whatever options are available at the state level to protect the stability of our health insurance market. The more than 316,000 consumers who buy their own health insurance are counting on us to do no less.”

All proposed rates for 2018 will be public 10 days from the June 7 filing deadline. No decisions will be made until early fall. Rates as well as coverage areas may change during the review.

Insurers and number of proposed individual market plans by county for 2018 (PDF, 88.90 KB)

“I’m deeply troubled by the changes we’re seeing for next year’s health insurance market,” said Kreidler. “The proposed drop in insurers and coverage areas clearly indicates to me that the uncertainty the Trump administration and the GOP-controlled Congress has sowed for months is sabotaging the progress we’ve made. Their actions, including failing to commit to fund the cost-sharing subsidies, not enforcing the individual mandate, and continuing to push in secret the severely flawed American Health Care Act are eroding confidence health insurers have in the market here and across the nation. These actions only increase premiums and decrease insurer participation.

“The Affordable Care Act has worked in Washington state because we fully embraced the reforms it offered – including expanding Medicaid and creating our own state Exchange. These decisions helped increase competition, provided better coverage and access, and fueled the largest drop in our uninsured in decades. Much more could be done to improve upon our progress, but that would take congressional action focused on shoring up the law, versus taking it down.

“For months, we’ve worked closely with our health insurers and other stakeholders in a concerted effort to try to explain to the Trump administration and congressional leaders what the impact could be to our market and most importantly, to our consumers, if this level of uncertainty and volatility continued. Today, our predictions came true.”

Sign up for email alerts when rates are posted 10 days from now.